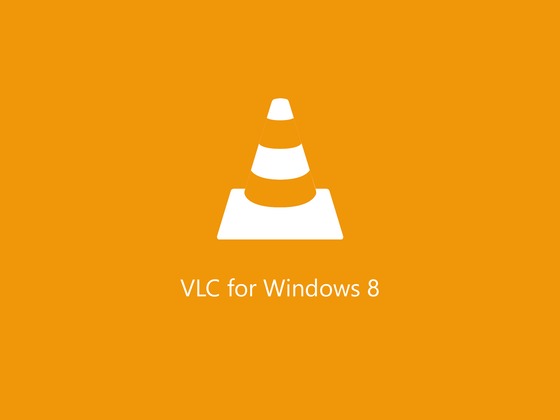 Today, some VideoLAN team members launched a fundraiser on Kickstarter to support a port to the new User Experience on Windows 8 (aka “Metro”) and Windows RT.

VLC for Windows is widely used since a few years now and it is by far the dominant platform for VLC according to our user base numbers. Installation numbers are estimated as followed:

The current version of VLC is able to run on Windows 8 which was launched last month. However, VLC is currently limited to the desktop experience, which is hidden by default along with other classic applications, behind one of the tiles (interface element of the Start screen).

We want to allow users to get access to VLC from the Start screen and Metro experience too.

To run in Metro, important parts of VLC need to be re-written or ported and an entirely new interface needs to be created. This is very time-consuming and considering our current Windows design, we need professional designers to adapt the interface to Metro. Additionally, we would like to have it in the hands of our Windows 8 users as soon as possible.

Porting VLC to Metro by relying on volunteers during their spare time would take a long time, just as how VLC for Android has. This is why we decided to run this fundraiser. If successful, it will allow two developers to work on this project full time. Donors will get access to a broad range of goodies and users will benefit from quality software. The project is projected to be published early next year.

Running a fundraiser is something the VideoLAN project has never done before. While the donations received through the VideoLAN association (a French non-profit organization) allow us to purchase testing devices, attend and prepare conferences, and pay for servers, employing developers on a contract base would be beyond its current capabilities. This Kickstarter program will make it possible to do such contracts.

We hope that you like our idea as much as we do and we are looking forward to answer any question you might have.

Here’s the page on Kickstarter including our concept video.

NB: Why does this article appear here on the Mac blog? This endeavor is a joint effort by core members of the VideoLAN team and it happened that I’m coordinating the fundraiser and eventually shipment of goodies, while the folks experienced with development on Windows can focus on the code. The Mac port is still being expanded and I still care about it as much as I used to.

1 Downloads for these platforms are not published through VideoLAN.org but through the respective distributions. That’s why there is no way for us to give an exact number.

VideoLAN association’s president and lead developer Jean-Baptiste Kempf was invited as a guest speaker to this year’s FOSS.IN in Bangalore, India. The event takes place in the NIMHANS Convention centre from Nov 29 until Dec 1.This is the first time for VideoLAN to send people to Asia!

He will give a talk on how to add your own features to VLC, how to build your own application based on VLC be a it a player, a converter or a streaming server and how to contribute to VideoLAN in general.

Drop by if you are around!

I was invited as a guest speaker to this year’s Open Source Developers Conference (OSDC) in Sydney, Australia. It will take place during the first week of december at the University of Technology.

This is the first time for VideoLAN developers to present at a conference in Australia. I will give an introductory talk on VideoLAN and VLC focussing on what you can do beyond simple playback and on what’s up with VLC on mobile devices. My talk is scheduled for Wednesday afternoon at 1:30pm in the Open Room.

I will spend the entire week in Sydney and will always be available for a beer or a chat.

This is going to be exciting and I hope to see you there.